This beautiful deck around the pool and spa won the National Redwood Deck Contest sponsored by the California Redwood Association. I had received a call from David Reed, Landscape Architect, asking me to hurry over to see a client who needed his deck replaced. David said the client was considering a large retaining wall and a flagstone patio instead of a wood deck. David viewed this as a big mistake. 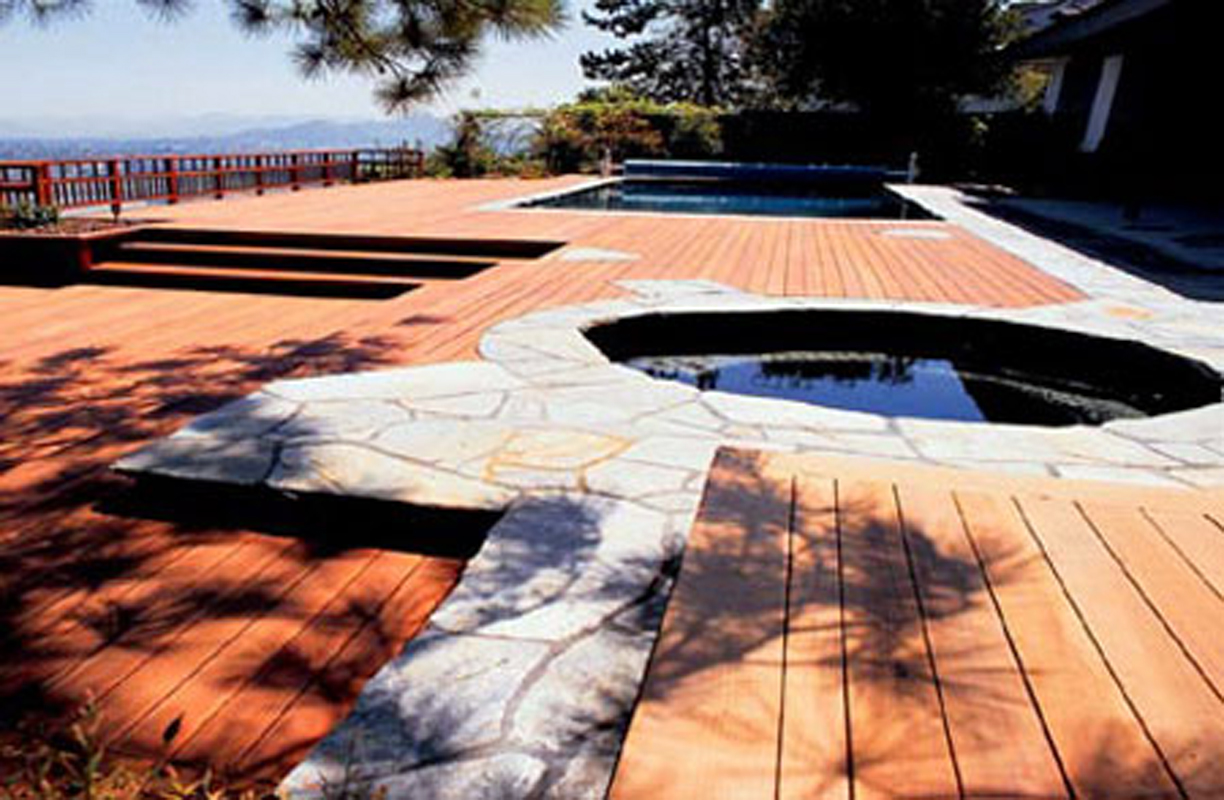 When I met the client, he showed me through his house which was furnished with an extraordinary collection of antique Japanese furniture and cabinetry. He then led me out to his expansive deck and said something that made a lasting impression on me. “I love wood and I love decks but this deck is only ten years old and in dire need of replacement. I can’t justify the expense of building another deck if it will have such a short lifespan.”

We looked at his deck and it was very well built with redwood decking and treated understructure. The redwood planks were in really good shape – except where the nails had been. Many of the nails had popped up and been replaced by screws which were now popping up as well. Most nail holes had a dime sized area of rot. His beautiful deck had been ruined by the fastening system.

I showed him a small model of my Deckmaster invention that was quite new at that time. He could see that the problem areas on his deck would be eliminated with my new system. David Reed proceeded to design him a beautiful deck which we then built. The deck was entered in the National Redwood Deck Contest which was sponsored by the California Redwood Association and Home Mechanix Magazine and won the second prize. It was the top professional entry that year.

When the magazine was writing the article about the deck, I got a call from the author asking if we had an 800 number. I said “no” and he suggested that we get one because he planned to feature the Deckmaster Bracket in his article. He had never heard of hidden fastening for decks and thought his readers might be interested. He turned out to be right. When the article came out the phone started ringing and never stopped.

The deck still looks good today and it is nearly twice as old as the deck it replaced! The Deckmaster Hidden Brackets made all the difference.