Often a patio cover can make the difference in having a deck that’s basically useless transformed into an inviting living space. That’s what spelled success with this winery deck that was so drenched in sun that it wasn’t usable. At first glance, the solution didn’t appear to lend itself to an easy fix. It took some real design ingenuity to yield the ambience the space needed. 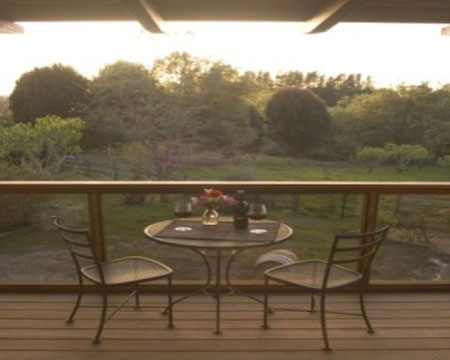 The Story Behind The La Vista Winery Deck

How do you take a complicated situation and make it look simple? That was the design challenge for the deck on my friend’s home winery. He had a small rectangular deck nobody used. Although it was a balcony deck, it was not inviting or easy to access. The sun cooked it on summer afternoons.

Here were the factors that made it tricky to design a good project: 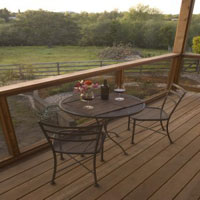 In the end this clear heart redwood deck became an inviting place to have a glass of wine while watching the sunset, even in the heat of summer . Mission accomplished!